The Wisdom of an 8th Grader!

Two posts in a week - what a record. Perhaps I am getting the hang of this.

Last night our new President addressed Congress, D.C. leadership and the nation to lay out his economic and legislative plan to rescue the U.S. from our economic woes. Picture this... I am sitting with my 1o year old at the kitchen table, preparing a school project (a time capsule of sorts on the life of Hank Aaaron - I told you we were really into baseball!), my wife is chatting with two former FFI students in the living room, my youngest son is taking a bath, my oldest son is sitting in the family room watching Obama's speech, and I didn't have a clue were Nicolas was... Until mid way through speech he came down the stairs, planted his feet firmly at the base of the stairs and asked, "Where does he think all this money is going to come from?" He had been watching on a TV upstairs. The kid who has a pretty good mind and beyond his years in this thought process was watching, thinking, and really was stumped by this lack of logic and clarity.

My wife has an Masters in Business and I have a Ph.D. (granted not in macro economics) - and we are surrounded by some pretty bright people, who I also asked this question of and low and behold even a friend who IS a macro economic scholar couldn't answer the theoretical (yet very important question). I am trying very hard to raise some objective thinking kids, but an incident like this just demonstrates how hard that is in a place and time where those in charge don't make sense. This morning no one in the media is asking/answering this question, they are merely talking in terms of how good people felt after the speech. OF COURSE THEY DID! He said what they wanted to hear and did not use a critical ion in their bodies/minds to ask the simple question that even an 8th grader could ask. If we spend more we will save more... What? One can apply all the mumbo jumbo of speech writing (which I used to do) and economic jargon but it does not change the fact that a statement like that is highly illogical and just bad politics.

I am watching today to see if by chance those that actually invest in our economy have something to say - right now they are saying they don't buy it and the Stock Market is down over 125 points. Every time Obama has spoken about the economy the market takes a hit. We'll see. Thanks Nicolas for stating the obvious.
Posted by Doc Leland at 8:23 AM 1 comment:

A Spring of Truth

My finger is still healing bit typing is a bit better.

In Florida and Arizona some young men ( and a few old ones) gathered this past week to begin the right of passage known as "Spring Training" for Major League Baseball. My family, being the baseball fanatics that we are will be headed down there late in March (Nicolas plays a tournament down there and we get to work out with the Rockies).

I am very intrigued, as is most of the world, with the unfolding story of Alex Rodriquez and steriod use. The one person pretty pleased with the timing is Barry Bonds who a week before the A-Rod exposure, was confirmed to have taken steriods. In A-Rod's case I find it interesting that the concept of the truth is so fluid. A couple year's ago, he was interviewed by Katie Couric and was asked point blank whether he had ever taken any type of steriod or human growth hormone. His answer, "No." She even followed up and asked if he had ever been tempted by it... Again the answer was, "No." In the last couple weeks the court of public opinion has been hard on this guy for coming forward a few years later and admitting he was indeed taking them in the two seasons before he was offered the largest contract in MLB history. He sits on camera and ESPN baseball guru Peter Gammons asks several lead in questions then gets to the big one recalling what he had said to Couric. DId he lie? His answer is elusive and the great PR guy that has worked with him helps craft an answer that is a non-denial apology (i.e. I did it but am sorry and let's move on) and cycles the conversation back to "looking to the future." As a result of the new alegations other players are seen to be in trouble for lying to Congress. One might get off because he doesn't speak English and might not have truly understood the question (except for the fact that the same Congressman asked it five different times - and this guy had a UN translator).

In the end A-Rod lied and he cheated. As sorry as he is, should it be that easy to move on and basically ignore his actions? I love baseball and there is a tradition to the game that must transcend these very highly paid athletes. It was challenging to sit and watch ESPN and the news reports and try to explain to my boys, who are deeply engrained in the game... that the truth still matters; that integrity still matters; and even with personal grace comes a public judgment that must protect the game and the Truth.

Unfortunately, as with most celebrity truth issues, A-Rod will play; the Yankees will pay his huge salary and fans will eventually forget. As I go stand in front of our Little League opening day ceremonies I pray I can speak to them of the honor and integrity of the game and not feel too much guilt as a grown up... Play ball!
Posted by Doc Leland at 12:58 PM No comments:

That title could refer to my ability to keep up with blogging...however it refers to my inability to type based on a recent accident that put 14 stitches in my right index finger. I had no idea how much I use that hand in every day to day things. Typing this post for example is taking the better part of the morning. I was going to plan to use only words created with the left hand but that looked really stupid! :)

I wish I had some great bear or chainsaw story but the accident happened as a result of helping my sweet wife prepare to host some of our FFI students. She dashed out to take one of our son's to a guitar lesson and as I was lighting candles I realized that one of the larger one's had burned down to the bottom of its glass container. It is one of those but hurricane type glass holders. As I tried to get the candle out, the glass shattered and shaved off a good portion of my right index finger at the middle knuckle. (TMI I know...) After an adventurous couple hours I was home among our great students doing praise and worship. A gift indeed... Could have been a lot worse.

I think you learn a great deal about family when emergancies like this happen. The boys sprang into action; Stephen drove me to the emergancy room then returned home to host the students; Nicolas came to the hospital after his lesson and as a "doctor to be" watched intently as I was stitched up, asked endless questions and took pics on his phone (no they will not appear here); Christopher offered assistance in the form of his favorite stuffed animal; and Matthew told us he could put himself to bed - he insisted he was a big boy!

In a week I should be back to full hand use... until then go see Seven Pounds as the ultimate worldview commentary of the month. 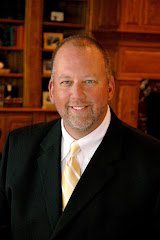